We are Hiring! Run with Riesterer & Schnell: Apply Today

The first John Deere Self-Propelled Forage Harvester (SPFH) was made in 1972. Over the years, equipment technology has evolved substantially. To commemorate these innovations, Riesterer & Schnell (R&S) in Denmark had the opportunity to put a 1975 John Deere 5200 and a 2022 John Deere 9900 side-by-side. Lee and Mary Babler purchased the 1975 model at Wagner Implement back in 1976. It was an open-station machine which they used for hay and corn silage. After using it for a short time, they decided to put a cab on it. In the early 2000's, they partnered with Northeast Wisconsin Technical College in Sturgeon Bay to re-build the engine.

In the summer of 2019, the Bablers sold the 5200 SPFH to Mike and Steve Vande Hei. The Vande Heis used it for the first year, then, as a joke, decided to repaint it. The joke turned into a 9-month-long project of fully restoring the machine. After stripping it down to the frame, they rebuilt the augers then painstakingly repainted everything. The Vande Heis currently use it to chop eight acres of silage to feed beef.

On August 18th, 2022, the Vande Heis brought their 5200 SPFH to R&S in Denmark, where it was parked next to Travis Wanish's 50-year Anniversary edition, John Deere 9900 SPFH. Larry Babler, son of the original owners, came out to R&S to see the refurbishment. Impressed, Babler said, “It was the first SPFH in the neighborhood and in Door County. It was special in its own way. Seeing it today, it's even better.” 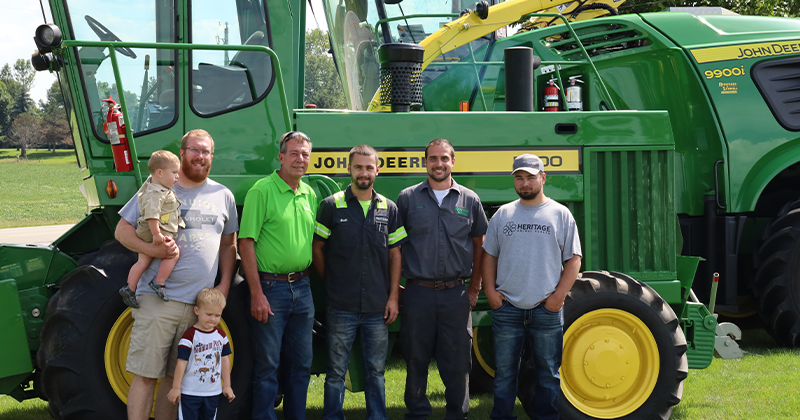 Pictured: The Babler and Vande Hei Families along with Service Technician, Matt Zellner. 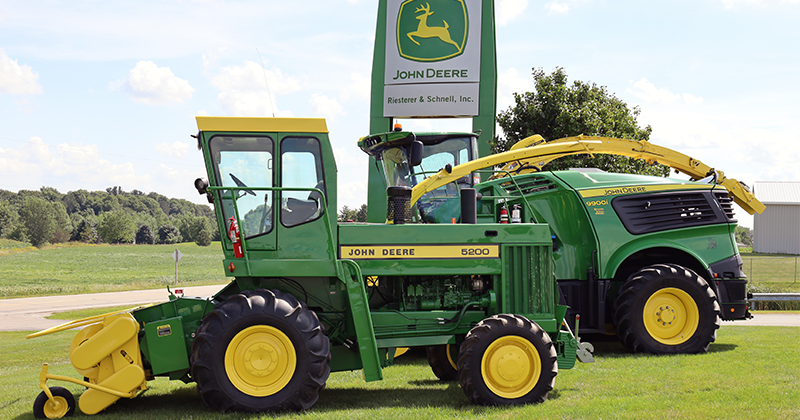